‘Twas the Night Before Production
adaptation by Chris Pollach 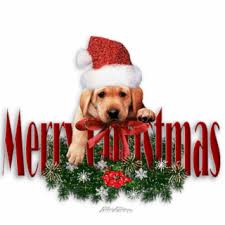 'Twas the night before Production, when all through the Appeon house
Not a creature was stirring, not even Armeen’s mouse;
The stockings were hung by the developers chimneys with care,
In hopes that St. Nick’s software would soon be there;

The PowerServers were nestled all snug in their racks,
While their web services abounded, oh there were stacks;
The marketing manager Sally in her 'kerchief, and I in my cap,
Had just settled down for a long tester's nap,

When out in the hall there arose such a clatter,
I sprang from my Laptop to see what was the matter.
Away to the PowerClient WorkSpace I flew like Macromedia flash,
Opened the Web delivered App and enjoyed the animations splash,

Engineering's build of PowerBuilder was like the new-fallen snow,
It gave promise of so many new features - listed below,
When, what to my wondering eyes - Santa did appear,
With InfoMaker goodies in his sleigh pulled by eight tiny reindeer,

With a little native database driver, so lively and quick,
I knew in a moment that DBMS was designed by St. Nick.
More rapid than streaming electrons the datum they came,
And he whistled, and shouted, as he categorized them by name;

As the Native Cloud applications under PowerServer they did fly,
When they met with a user their new features they did try,
So up to the menu and toolbar the mouse pointers they flew,
To display a full load of new data, images, and animations too!

And then, in a twinkling, I heard on the desktop - mystified,
A message signaling a new Cloud App had just arrived.
As I pointed my Web Browser to the new URL, and was turning around,
A message alerted me that the new application was ready … it looked sound.

The project manager was dressed all in fur, from her head to her feet,
And the red robe was all polished, and she even had someone to meet;
A bundle of new PowerBuilder applications she had flung on her back,
Most of the programmer’s had agreed, so a DataWindow she also did pack.

The Engineers faces -- how they twinkled! Their dimples how merry!
Their cheeks were like roses, their noses like a cherry!
One droll little mouth was drawn up like a bow,
The “Director of relations” his beard on his chin was as white as the snow.

The Logs from the PowerServer he held tight in his teeth,
New ideas for PowerBuilder & SnapDevelop encircled his head like a wreath.
He had a broad face and a black belt round his belly,
Using moves he learned in TaeKwonDo, the guards shook like jelly.

The “release guy” was chubby and plump, a right jolly old elf,
And I laughed when I saw him, in spite of myself.
A wink of his eye and a twist of his head,
Soon gave me to know I had nothing to dread.

He spoke not a word, but went straight to his work,
And deployed all the new RESTful web services; then turned with a jerk,
And laying his finger aside of his nose,
And giving a nod, up all the PowerServers rose;

He sprang to his laptop, to his development team gave a whistle,
And away they all flew, for a beer at the pub “The English Thistle”.
But I heard him exclaim, ere he drove out in the night,
"MERRY CHRISTMAS TO ALL, AND NO GPF’s IN SIGHT!"