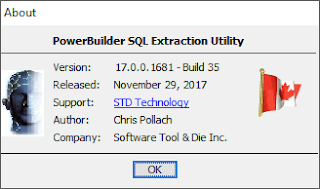 Software Tool & Die Inc. (STD Inc) have just released a new version of the SQL Extract utility (version 17.0.0.35) that can reverse engineer Appeon PowerBuilder's proprietary SQL format known as a PBSELECT into either ANSI, PL/SQL or T-SQL format from within any DataWindow (TM) object. The new version of the SQL Extract utility was designed to allow it to forward & reverse engineer the DataWindow source code from any Unicode based PowerBuilder library. This means that DataWindow source from PowerBuilder version 10 through PB 2017 can be parsed & the SQL run-time generated from a PBSELECT - just like when your DataWindows are actually running under control of your PowerBuilder based production applications! The utility will also identify DataWindows that are not using a PBSELECT format that may be already causing performance, migration or cross-DBMS issues. 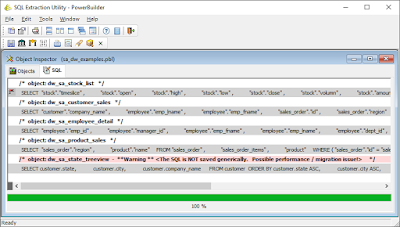 The new version of the SQL Extract utility will also work with Appeon's InfoMaker 2017 & PowerServer 2017 development tools as well, as those products also utilize DataWindow technology. The new features of SQLXTract v17 are as follows: 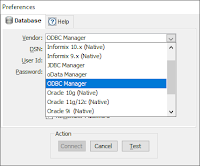 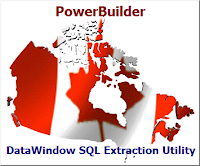